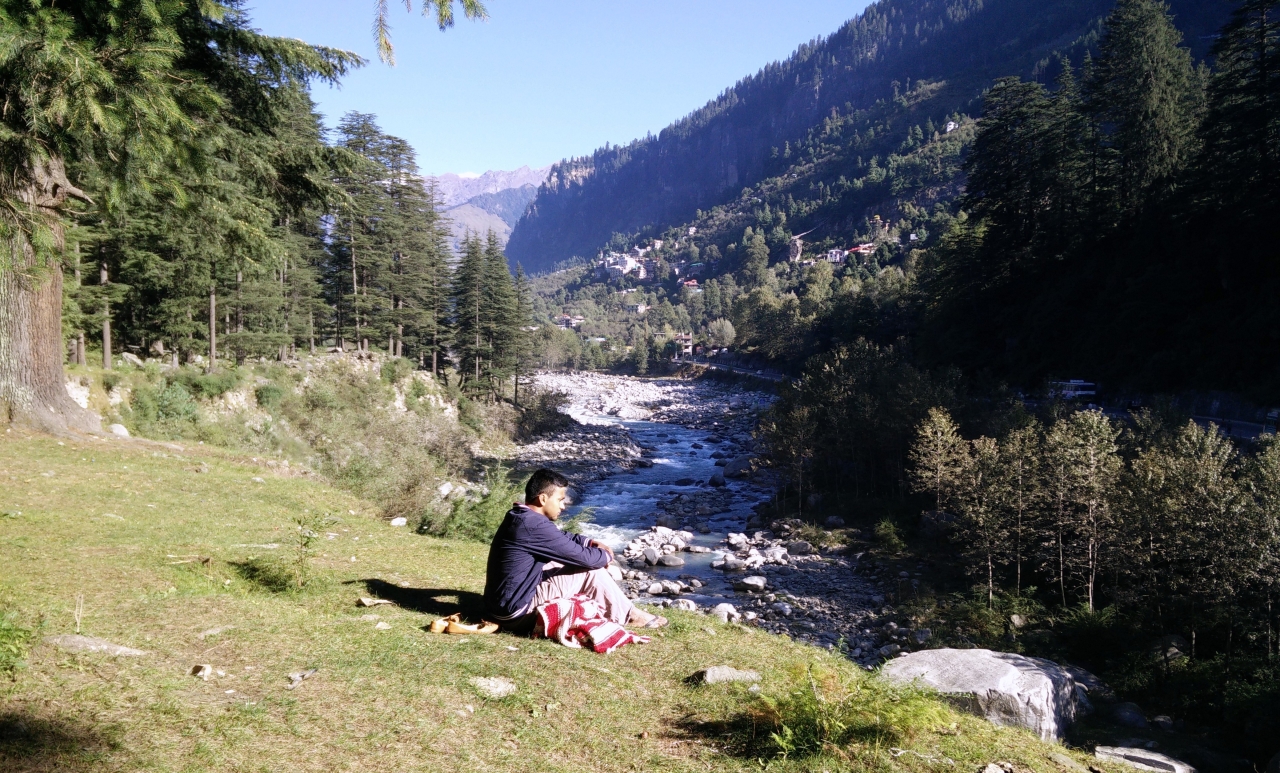 The peace, the calm and the soft voice of the river flowing ever so cheerfully. That is when you’ve got your eyes closed and are listening intently to the voice of the chirping birds. For when you open your eyes, you see the plastic bottles, wrappers of chocolates and chips lying everywhere. Turn a blind eye, and go back to your comfortable abode in the mountains that you chose so carefully online, at least that’s what most of the tourists do. I’ve been to the mountains more times than I can remember, I can’t recall if I used to litter or not or if I saw people littering and got mad but this time it was different.

This time I stayed at a small Homestay called ‘Mount Happy’ in Naggar, Himachal Pradesh. It’s a small town near Manali with breath-taking views and is way less crowded than Manali. Seeing the plastic waste lying about everywhere was not new to me, but it never had an impact on me either. This was before I met Ankit, the owner of the homestay, and heard all about how most of the houses here were self-sustainable both financially and more importantly, environmentally. He told me all about proper waste management practices & technologies available to us and why it is so important. Once you hear the statistics on the amount of waste generated, it is terrifying. The rivers and the land can only digest so much of it, it is up to us to make sure the system is as efficient as it can be so Mother Earth doesn’t have to be a forced glutton.

A study by Kuniyal, Jain & Shannigrahi in 2003 showed that in Himachal Pradesh ‘the average annual results of 2 years showed non-biodegradable waste (NBW) to be 96.3% by weight whereas biodegradable waste (BW) amounted to merely 3.7%. Cold drink glass bottles (68%), plastic (26%) and metal (2%) were the major items contributing to non-biodegradable waste. From management point of view of the government, 96% NBW could easily be reused and recycled. Organic waste can be used as feedstock for composting. The actual numbers for Himachal are even more alarming. ‘Waste generated is estimated by the Central Pollution Control Board to be around 63 million tonnes annually, of which only 43 million tonnes is collected and an even lesser amount of 11.9 million tonnes treated.’

This was 15 years ago, since then Tourist activity in the Himalayas has spiked tenfold. Himachal Pradesh alone receives 170 million domestic tourists and over 100 million foreign tourists annually.’ You might have seen and read a lot of content on the ‘Traveler versus Tourist’ debate, but in my opinion this is the most important difference between them. Travelers respect the Earth more than tourists and do not litter around, use plastic sensibly and dispose of waste through proper channels. If you’ve been to the mountains even once, you would notice how the locals never litter or dispose of waste irresponsibly. This isn’t coming from education, (not like us educated tourists are any better than them anyway) this is a lifestyle for them. Even if they don’t understand the consequences of plastic waste and how it is harmful for their environment, they respect the Earth for providing them with Food, Water and Shelter.

All is not lost though, there are a lot of positive campaigns going on as well. With a mission of cleaning the Himalayas, educating people about waste management; and organizing mass-cleanups, ‘Healing Himalayas’ is doing a fantastic job of cleaning up frequently visited areas of Himalayas. Their recent campaigns have removed tons of plastic waste and sent them through proper channels of waste management in partnership with the local government. In their first cleaning drive in July 2016 at Hadimba Temple, Manali, 4500 plastic bottles were retrieved in 5 hours. This is not the only solution though, this is a cure and they know it. That is why they spend some extra days in the area educating the local crowd and the tourists about proper waste management and why it is required.

Earth One is doing an amazing job of introducing smart and efficient waste management solutions to India, even in remote villages such as Roing, Arunachal Pradesh. The Roing example has a lot of learnings for us living in the Metro areas. For starters, ‘There was no littering on the streets, which would normally be expected in a town this size with improper waste management.’ There wasn’t a lot of waste being generated in the town of 20,000 residents, however the population is expected to grow in the coming years and seeing that ‘everybody in the town was willing to change their disposal habits if it meant protecting their environment’ is certainly something we should learn from. 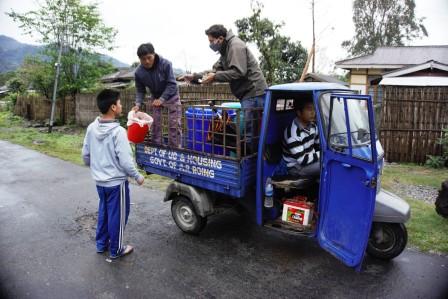 Now the transition for coming generations would be much easier, it wouldn’t have to be a learning for them, instead it’ll be a lifestyle.

Prime Minister Narendra Modi introduced the Swachh Bharat (Clean India) Campaign in 2014 which challenged every Indian to stay in a clean environment, take special care, not litter around the house, and segregate the waste at the source itself. This applies to industrial waste as well, proper guidelines were defined for Hotels, Markets, Malls, etc on how and where the waste should go. Four years on there is some progress on those guidelines but there’s still a long way to go. People are not yet educated on the need for segregation and on the segregation itself.

It is now up to us, the educated ones, to spread the knowledge, stop people from littering and educating them on why proper waste management practices are important.  Let’s make the terrain as such that we don’t have to turn a blind eye and we can enjoy that peace and calm with our eyes wide open.